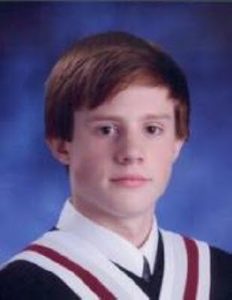 On November 13th, 2016, we unexpectedly lost someone that was loved by so many in his community. This young man’s name was Jacob Wehrle. Jacob attended Preston High School, where he was one of the most well known people in the school. Not only did Jacob hang out with his 1994 born classmates, but he socialized with every friend group across all grades. On top of that, Jacob was a multi-sport, all-star athlete, winning a CWOSSA Championship and going to OFSAA with the boys soccer team for the first time in school history!

After high school, Jacob played for the Men’s Soccer Team at Conestoga College, in which he played multiple seasons in the OCAA. In the classroom, Jacob was preparing to be an electrician! Jacob also played for a local men’s soccer team, called Cambridge Galacticos FC where he enjoyed playing with his friends in a local league.

In the classroom, on the court, or on the field, Jacob was someone that everyone loved to be around and he would light up a room with his contagious smile and personality. Every team and group that Jacob was a part of, he was an integral part of the unity. He united the group through his ability to get along with everyone and instill positivity.

In honour of Jacob, we at Next Level U Sports wanted to continue to share his story, while making an impact in the community, just like Jacob did. On behalf of Jacob and his family, we have announced a Jacob Wehrle Memorial Scholarship

Applications will no longer be accepted after May 15th. The reviewing process will be done over the next 3 weeks following the application deadline. The scholarship award will be presented on June 15th.

All donations that are made to this scholarship will be added to the awarded amount. If the total award exceed’s over $2,000, multiple scholarship awards will be disbursed.

If you need more assistance with scholarships, send an email to Joselyn at Excess College Advising (Joselyn@xscollegeadvising.com).