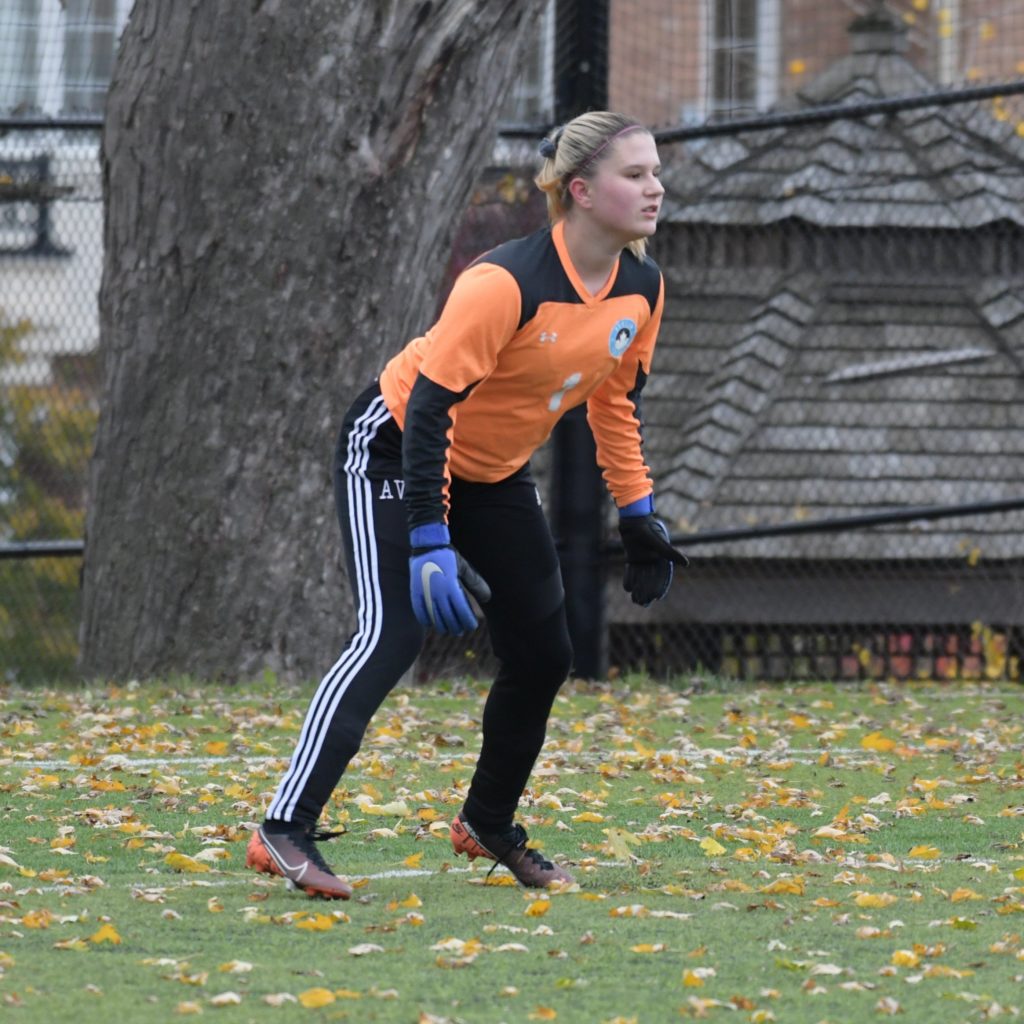 Interested in playing soccer at a post-secondary institution in the US or Canada while pursuing an education in sports medicine or kinesiology. In addition to being an honour roll student, Alison is enrolled in a specialized high school major for sports and is working toward her NCCP certifications, along with First Aid and CPR certifications.

Alison is an aggressive GK, who remains calm under pressure. She is not afraid to run out and challenge when necessary.

Alison is a positive player on and off the field. She has been described as fearless and does not shy away from challenging an opponent to save the ball. Her determination to always be improving and never give up is apparent in her work ethic in and out of practices and particularly during games. In addition to Alison’s strong work ethic, she has excellent instincts and has an innate ability to trust her gut, in order to make split-second decisions under pressure.