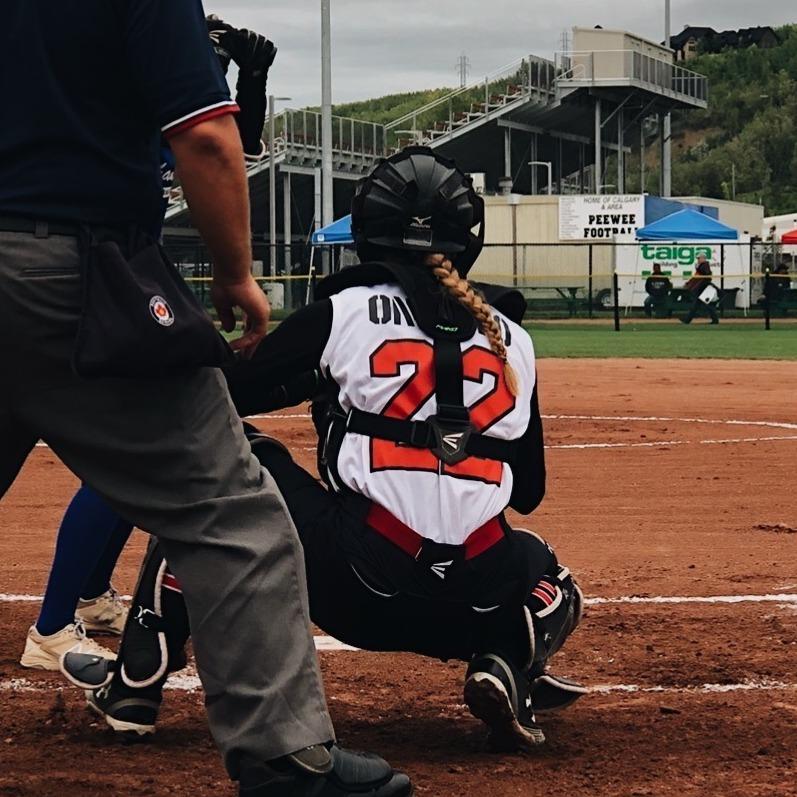 I aim to play softball at a 4 year University/College institution while pursuing a degree related to Sports Medicine/Kinesiology. I bring passion, leadership, confidence and a love of the game that is evident every time I step on the field. My discipline and power as a hitter combined with my defensive strength, calmness, ability to see the play and field as well as my team first approach is an asset to any team.

A natural leader with a strong work ethic to continuously improve myself. Coachable, determined, dedicated and driven all describe my approach to sports and academics. Offensively, I have demonstrated power to all parts of the field, am good at situational hitting and confidence to get deep into counts. Defensively, I have an extremely accurate and strong arm and am very good at optimizing my pitcher’s strengths through my pitch selection and sequencing when catching.

HOCKEY:
Scouted multiple years by Rush Hockey as high potential player and invited to Showcase Tournaments.
Named MVP at a variety of tournaments