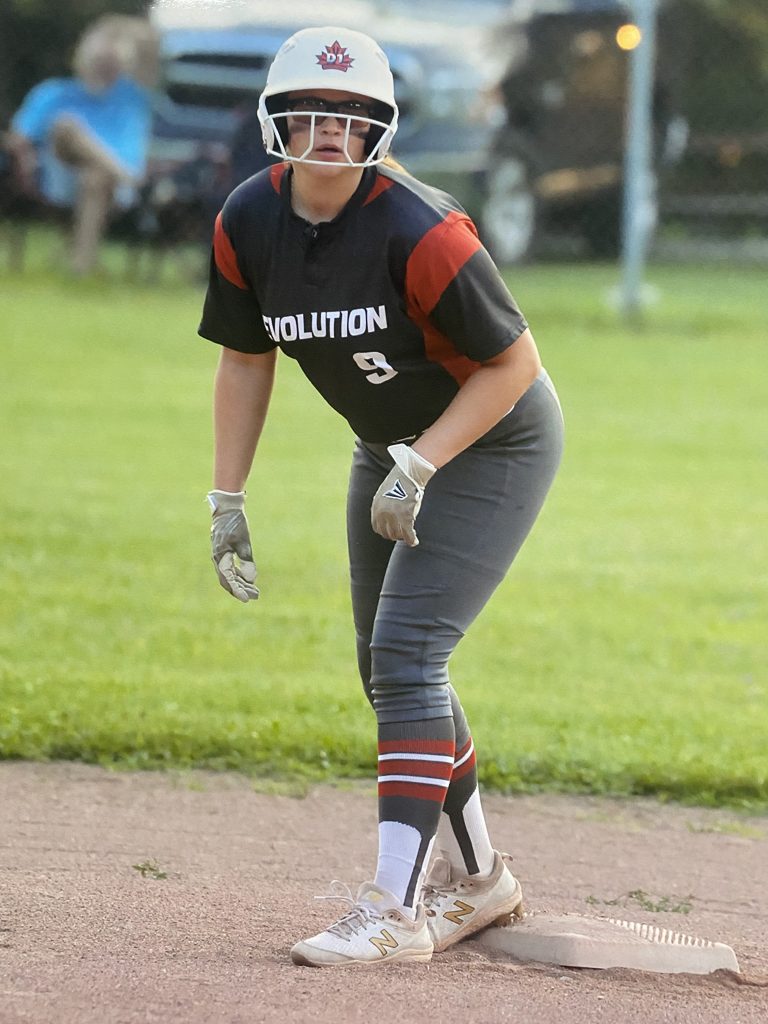 I am interested in playing softball at a 4 year education institution, but open to considering a 2 year school if that is a better fit for my goals. Unsure of what academic major but looking to play ball at the next level. I am a trustworthy leader, having a team first approach on and off the field. I am a dedicated, hard working player defensively and offensively.

Strong defensive player at first base, excelling in stretches and picks.

Whiling to do whatever it takes to make an out (ex. diving for the ball)

I have been captain on 4 hockey teams.


Athletically – Track: 1st in shotput at NSSAA, and broke the record for distance at CWSSAA. Dance: Jazz Award, Overall mini of the season. Softball: MVP in 2019 in PWSA finals. Hockey: MVP in multiple invitational tournaments.

Softball: 2nd in PWSA with Brantford Bobcats, 2nd in Ontario with D1 Revolution. 2nd in Border Battle between teams from Ontario and Quebec.

Hockey: 1st in OMHA. 2nd in southern counties. 1 undefeated season during my time as captain.

Badminton: 1st at NSSAA, 2nd in CWSSAA in mixed doubles.

Out of the park home run!