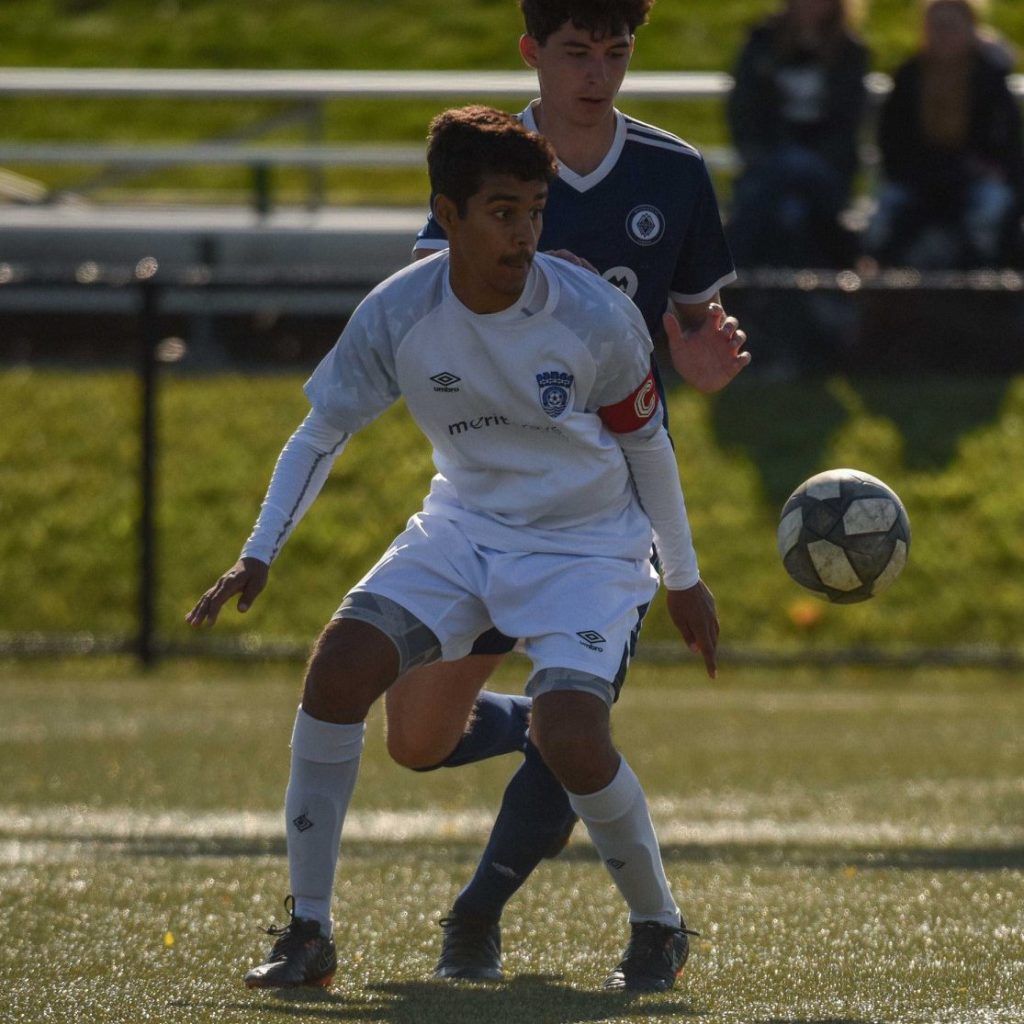 My goal is to play college/university soccer in the United States and go on to play professionally after I finish my post secondary education. I am a leader both on and off the pitch. A central midfielder who’s passing and game understanding allows him to orchestrate and control the tempo of a game, start attacks after winning possesion, provide assists, put balls in and score from set pieces. Furthermore, having excellent vision and experience in professional soccer environments allows me to be a great asset to any team.

Trained with Chris Leko throughout career

FTF Combine Man of the Match

Member of the Canadian Select Squad