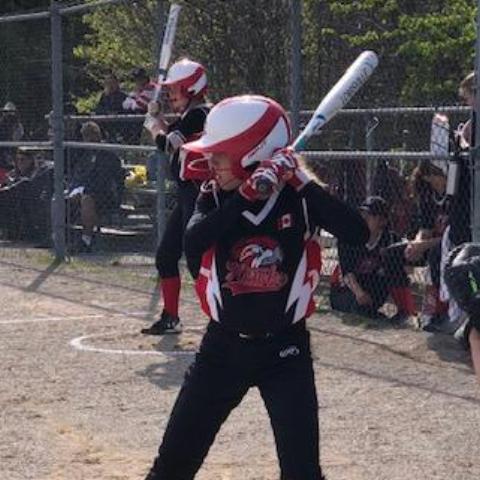 My goal is to play softball at a college/university for 4 years while pursuing my business degree. On the field, I plan to be a dynamic and dedicated player who always works hard and never gives up. I will strive to be an asset to the lineup from both sides of the plate

Slap hitter with exceptional speed. Left side tools include power slap, hard slap, soft slap and drag bunt. With the ability to hit for power from the right side of the plate

2019 1st at the Waterloo Warriors Tournament

2019 2nd at the Queen of Diamonds Tournament