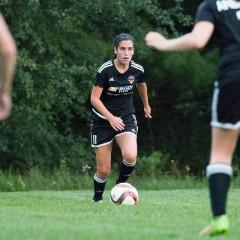 Interested in playing soccer at a Post-Secondary institution, while obtaining an education to assist in future endeavours. An asset to any team – contributes through leadership, skill, and knowledge of the game. Sophia possess speed along the outside, has great ball control, and is very strong on the ball and strong defensively. She is conscious of the game and positioning on the field

Gender:
Prefer not to say

great strength, agility, endurance, competitive, vocal, great understanding and ability to read   the game, team player, alert on the field for other players and anticipates the next play

U16 Girls Paris FC – finished in first place in division, challenged and team successful in becoming a regional team